Don't Let Getting a Goat Get Your Goat 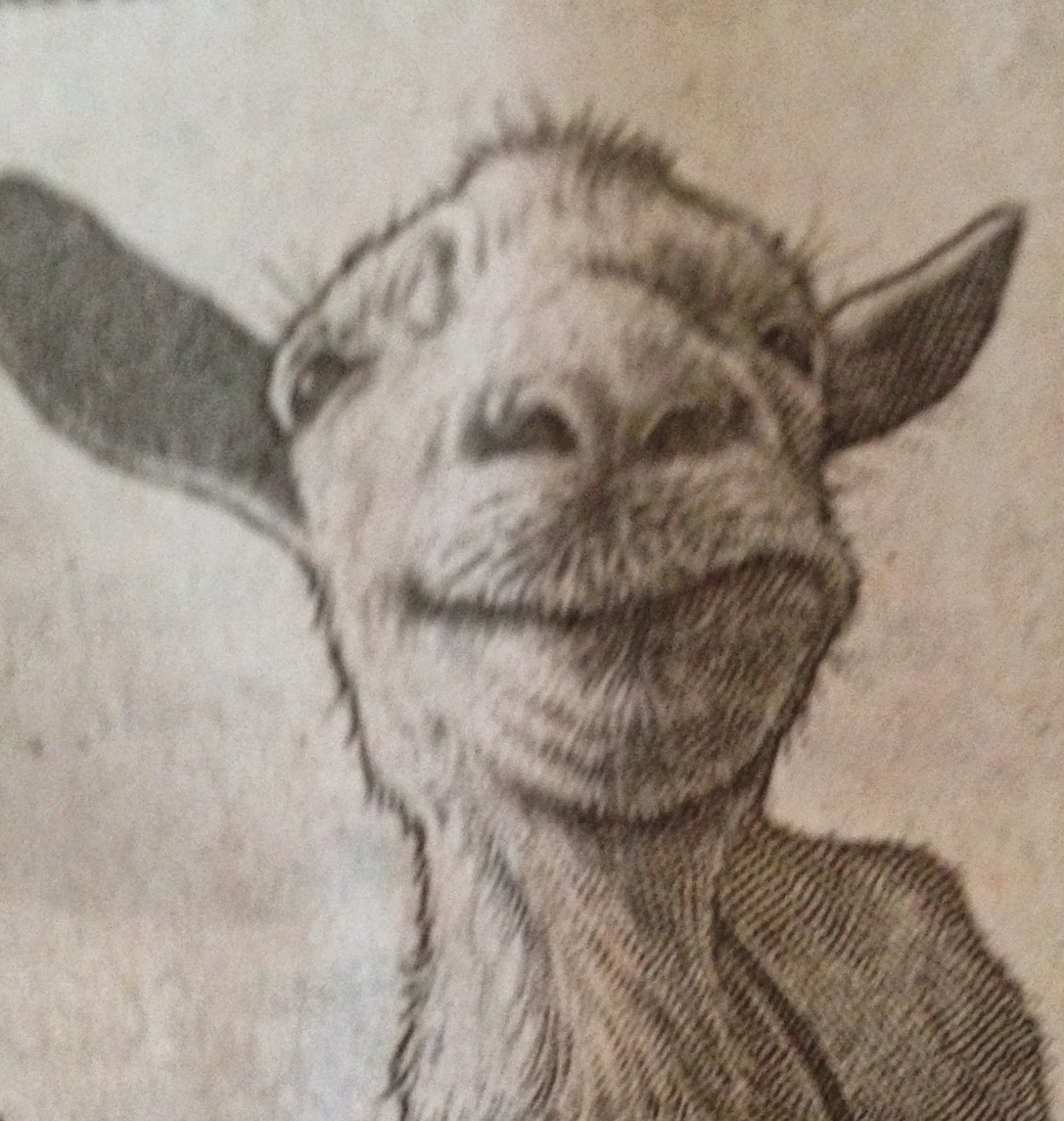 When I read the article in the paper, all those videos I’ve seen recently on Facebook  began to make sense. Videos of imp-faced baby goats frolicking in a pen, tumbling over each other, playing clever goat versions of Leap Frog or King of the Mountain. Videos that made me want to run out and buy one of those comical little critters for myself. Videos like this one.

Cuteness like that is hard to resist. But, thankfully, I did. For one of the few times in my life, reason prevailed as I realized a goat—even a small, cuddly one—is really a strip mining project on four legs. In no time at all, one of those endearing creatures would transform my yard into a setting for an apocalypse movie.
Apparently, I’m not the only one to be lured by that clownish star of petting zoos everywhere. Goat mania is rampant. Articles about them are popping up in major publications, goat videos have gone viral, and goats are proving to be effective marketing tools in commercials (although I personally find those goats creepy). Goat Simulator, a new video game, has been a rainmaker for its creators at Coffee Stain Studios. (Btw, doesn’t that name say it all about video game companies?)
I’m glad goats are finally getting some recognition because not only are they entertaining, they’re also quite useful. An article in the Wall Street Journal (1/15/15) reports that in Germany, goats have long been used as therapy animals and are increasingly being used in business courses to teach leadership skills. (To borrow Dave Barry’s line, I am not making this up.) In the movie Cold Mountain—based on Charles Frazier’s bestselling novel—there is a scene in which an old mountain woman claims that for survival purposes, a person can’t do better than owning a few goats. When alive, she says, a goat provides nourishment, clothing, companionship. When it dies, it provides meat, and its skin provides shelter and warmth. She says all this while gazing lovingly into a little goat’s trusting eyes. Then she kills it. (I don’t want to know what it says about my psyche that this scene stuck with me. But the goat’s death is quick and painless, and its blood is used for medicinal purposes, so maybe I’m not too messed up—nothing a little goat therapy couldn’t cure.)
Yes, it seems that right now the multi-talented goat is all the rage. In the trend of barnyard- animals-as-pets, goat is the new chicken. The WSJ article claims “goats hit it big in 2013” and goes on to state, “Goats have become part of our culture.” Like I said, I’m happy for the goats, but, as with all fads concerning animals, I have concerns.
With goat popularity on the rise, it is tempting join the ranks of goat owners. If you feel yourself yielding to that temptation, keep these absolute requisites in mind. First, make sure you can afford to feed your goat well and often. Otherwise, you’ll find it consuming everything from your car’s bumpers to the family dog. (Even though goats are not normally carnivores, in a feeding frenzy they sometimes forget that fact.) Second, get a goat only if you have the space for it—space as in a ranch roughly the size of Montana. If you live in a residential neighborhood with a postage-stamp yard or even on a ranchette, please resist the urge to get a playful kid for your kids. That charming little goat will grow up. When the postman won’t deliver your mail for fear of being butted into the next county or when you’re down to your last blade of grass and your shrubs are no more than spiked nubs protruding from the ground, that goat will look more satanic than cute. You’ll be carting him off to an animal shelter which most likely has already reached its quota of gamboling goats. Either that, or your children’s beloved pet might wind up as a meal you insist is beef stew.
Posted by Dee Dee at 10:48 AM