Circle of Friends: A Land More Kind than Home 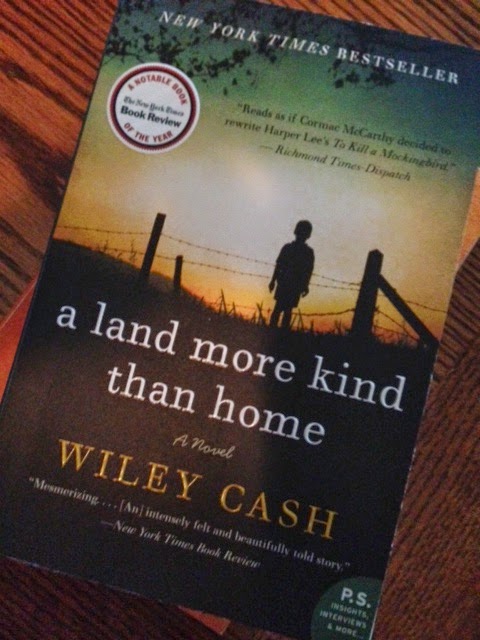 A couple of times a year, the Friends take a much deserved break and meet at a restaurant rather than cook. So while I don’t have a mouth-watering recipe to tempt you this month, I do have a delicious book to whet your literary appetite: A Land More Kind Than Home by Wiley Cash.

I was a little anxious about how the Friends would receive this book—first, because I was the one who nominated it, and second, because it contains disturbing content. But when I read it last fall—at the recommendation of my friend Martha Bryant—I found it...let’s say somewhere between engaging and enthralling, leaning heavily toward enthralling. In his debut novel, Cash authentically captures the essence of the South without making all the characters appear to have been inbred (although, the reader may have suspicions about a few), and through the voices of three separate narrators, he tells a haunting and compelling story.
Be warned, this story is not for the squeamish. There are scenes of brutality and blood. And, because the plot revolves around the activities of a “charismatic,” snake-handling preacher, there are some beyond creepy scenes. For these reasons, a couple of Friends were not fans of the work. But most found it intriguing and thought-provoking. And it generated interesting discussion, something I consider a hallmark of a good book.
Among the novel’s strengths:
1)  A clear, well-defined villain. One of the tenets of literature is that in order to be believable, characters should be neither all good nor all bad. I don’t necessarily buy into that theory. I found Carson Chambliss, the preacher in this story, to be evil incarnate and still very convincing.
2) A balanced approach in dealing with religion/Christianity. When I started reading it, my immediate reaction to A Land More Kind Than Home was “Here we go...another story about stereotypical southerners, who cling to their guns [or in this case, snakes] and their religion.” But I didn’t have to read long, before I realized Cash wasn’t following this pattern. He balances the evil of his preacher with the goodness and sacrificial love of Addie Lyle, who has spent her life helping people and trying to save the children of Chambliss’s church from his controlling, deadly grip.
3) Redemption and hope. To be worthy of my reading time, a story must offer these two elements. I don’t insist on a rosy ending—and believe me, this novel doesn’t have one—but I do want to finish a book with expectations that people can survive and persevere under trying circumstances, that people can experience a positive change of heart, and that ultimately good can triumph over evil. A Land More Kind Than Home fulfills these expectations.
4) Literary merit. In the highly unlikely event Cash should ever read this post, I hope he doesn’t say, “Huh? Where’d she come up with that?” And maybe it’s too much of my inner English teacher coming out, but I found the archetypes—among them, Chambliss, the serpent who beguiles and destroys; Christopher, the innocent, whose death ultimately saves others—skillfully woven into a modern tale of good versus evil. Along with those are mesmerizing imagery and engrossing characters.
If there is a negative to this book, it is the pacing. At times, the story seems to drag with unnecessary details, especially when nine-year-old Jess narrates. Then again, those details are authentic to the perspective of a young boy and perhaps necessary. And the story’s strengths all but cancel out this minor flaw.
So, I guess you can tell I liked this book. Really liked it. I look forward to more work from this gifted southern writer. Your thoughts?
Posted by Dee Dee at 6:38 PM 4 comments:

No other season brings out the piddler in me like spring does. When summer temps soar to the high nineties, I wilt faster than impatiens in direct afternoon sunlight. Winter’s chill finds me huddled in my recliner cocooned in terry robe, flannel pajamas, and chenille throw. I do a little better in fall, when that cooling-off period re-energizes me somewhat. But it’s a subdued energy, mostly directed toward storing and protecting—“battening down the hatches”—in preparation for winter.  Spring, however...that's when my piddling rises to an art form.

The best time for humanity to come to life is when nature is doing the same. The first day I can walk outside sans layers of protective clothing, I do my happy dance. I tour my yard, taking note of what survived the snow and freezing temperatures and what didn’t. I scan the top of a high, bare tree branch to locate the chirping cardinal who’s marking out territory for his summer home.

And I piddle.
In fact, piddling is why this post is overdue. It’s hard to sit at a computer when rites of spring are begging to be observed. Rites such as decking out the kitchen in its spring “wardrobe,”  taking my bike out for a quick spin to warm up muscles that have lain as dormant as sleeping plants, strolling the “seasonal” aisle of the grocery store to inspect the Easter candy and gimcrack.  And two sunshiny days in a row insist I go outside and dig...something...anything. It’s too early to plant, but that doesn’t mean I can’t dig.
A while back, I posted my definition of piddling, defended it as a time-honored tradition, and explained what distinguishes it from CWT (Complete Waste of Time). As evidence that my time hasn’t been wasted, I’m providing proof of my productive piddling. But the most valuable outcome of my piddling—my improved attitude—can’t be shown in a picture. You’ll  have to take my word for that.
The results of this past week's piddling: 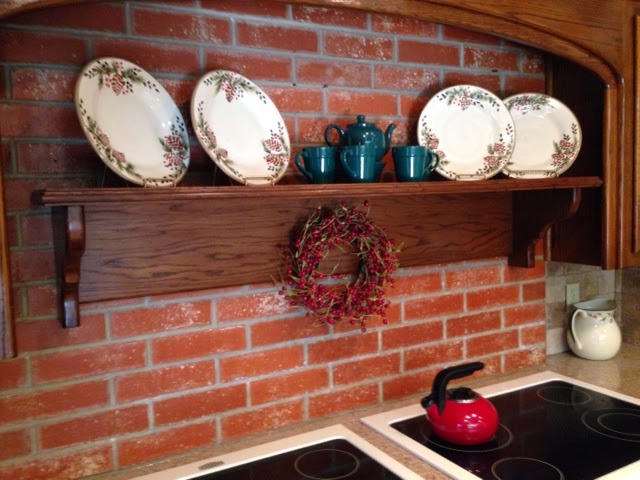 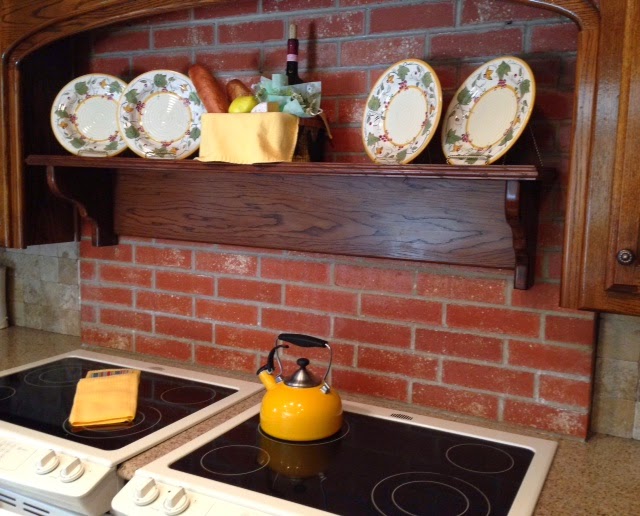 The kitchen went from its winter wardrobe...

to its summer one. 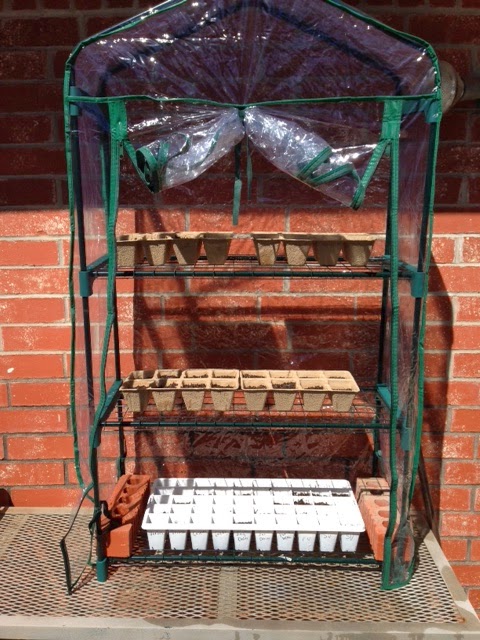 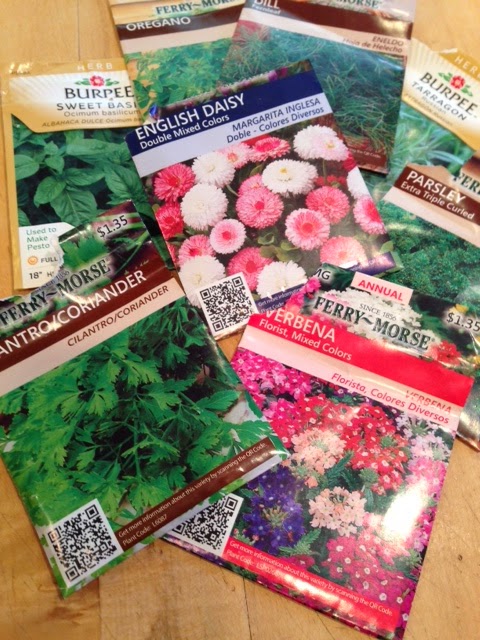 Actually, I did do some planting. Got the jump on springtime by trying my hand at a little hot house gardening. We'll see how that turns out.

This is what it's supposed to look like. I'll keep you posted. 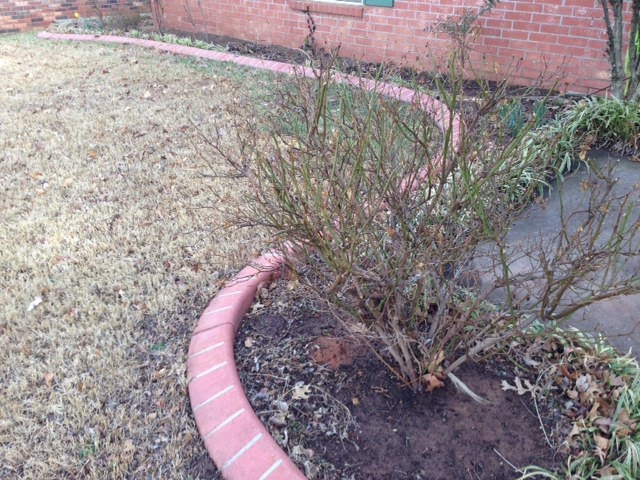 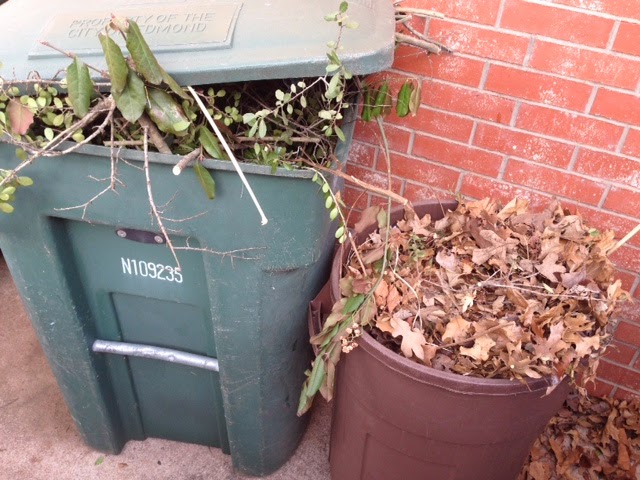 Bushes were trimmed and flower beds cleaned,
and most importantly... 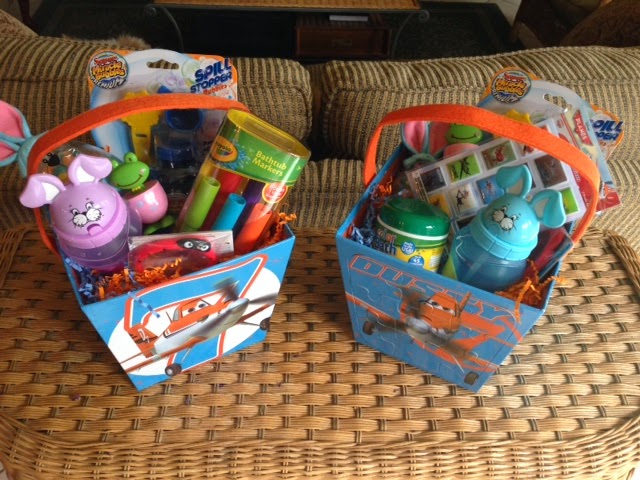 Easter baskets got filled and readied for delivery!
(Nothing says Happy Easter like Dusty Cropduster.)
What about you? Has spring brought out your inner piddler?
Posted by Dee Dee at 2:13 PM 7 comments: