When It Comes to Expressing Emotion Is There a Middle Ground? 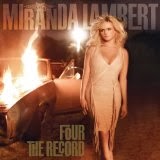 Not long ago, I texted my daughter: “Have you heard ‘Mama’s Broken Heart’ by Miranda Lambert? It’s hilarious!” (Yes, I’m a baby-booming, ex-English-teaching texter. I spell out all the words and include the capitalization and proper punctuation.)
Her reply: “no”
My response: “When you hear it, give me a call. I want to know what you think. I love it!”
A few days later I got a call from her. “I know why you love that song,” she said. “The mama is you. You think she’s giving good advice.”
I didn’t deny the charge, although it’s not completely true.
What I call my formative years occurred during the 1950s, when “what will the neighbors think?” was a genuine concern and behaving yourself in public in order to “save a little face” wasn’t frowned upon. But I entered my teens during the 1960s—the decade in which pop-culture influencers instructed impressionable youths to “let it all hang out.” So can it come as a surprise to anyone that on the subject of expressing emotions, I stand firmly in the middle?
I contend somewhere between uptight restraint, which insists we inhibit our feelings to the point of denying them, and flagrant exhibitionism, which says it’s perfectly okay for a full-grown adult to throw a temper tantrum in the Walmart parking lot, there is a balanced way to handle them.
Here are some strategies I recommend:
1. Acknowledge your feelings, but don’t act on them in public. Your little tirade might be cathartic for you, but it unnerves innocent bystanders. And when it’s all over, you’re going to want to forget about it while others have already posted it on Facebook. (Of course, there are those out there—and you know who you are—who thrive on this kind of attention.) Also, a public display could get you fired or arrested. I’ve always found the shower to be the perfect place to carry out a noisy meltdown.
2. Talk out your angst with family or friends, but know there’s a limit to what even those closest to you can endure. If the BFF you’ve known since grade school—or your own mother—starts blocking your calls, take the Dear Abby route: consult a professional.
3. Employ a diversionary tactic. Shopping works for me, even if it is just window shopping. But if financial problems are the cause of your emotional stress, find another tactic.
4. “Fix your make-up...paint your toes.” The song makes fun of mama’s instructions to take a little pride in appearance, but I happen to think that’s wise advice. If you're dealing with anger, I’ve always liked Ivana Trump’s approach: “Looking good is the best revenge.” But DON’T make any major cosmetic decisions—like cutting your hair (with or without “rusty scissors”) or getting a tattoo—before giving yourself a reasonable cooling off period. 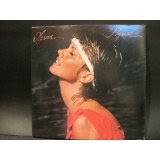 5. Take Olivia Newton-John’s suggestion and “get physical.” Okay, I’m thinking more along the lines of going for a run or cleaning your house. But if the kind of “physical” advocated in the song works for you, go for it. And speaking of songs...
6. Sing! That’s right. My mama once told me she knew when her mother was upset because she’d start humming. Even if your singing ability falls somewhere between an off-key bagpipe and a cat’s caterwauling, find a private place and belt out a song. The louder, the more therapeutic. I’ve found the shower stall is a good place for this, too.
Above all...
7. Pray. This is the tricky one. I think it’s especially difficult to pray when dealing with anger, but that’s the time it’s most critical. I’ve discovered (after a lot of resistance) that it’s hard to remain mad at someone for whom you’re praying.
I must admit I’ve learned these lessons the hard way—through many trials and errors. But on the times I’ve had the presence of mind to follow them, I’ve saved myself a lot of grief. And, yes, I've spent a lot of time in the shower.
If you have some strategies that work for you, I can always use more! 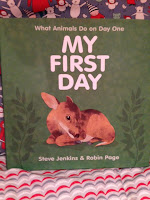 Grammy Dee came to visit me last weekend, so you know what that means: I must do a book review. Actually, I don’t mind because I love books and I enjoy sharing my thoughts about them. Today I’m reviewing My First Day by Steve Jenkins and Robin Page. My Aunt Audrey bought this book for me at the San Diego Zoo and sent it to me for my birthday. (Did you catch that? Birthday? Yes, I’m now three years old!) If you can't make it to San Diego to pick up a copy, don't fret. You can order it on Amazon.
It’s ironic that Aunt Audrey sent this particular book to me now that I’m such a big boy, because My First Day is all about what animals do when they are tiny babies—only one day old. On the day they're born, some animals are  as helpless as human babies and must depend on their parents for everything. On their first day, kittens can’t see OR hear. Other animals, like the kiwi, are expected to survive on their own the minute they hatch out of an egg. I think that would be very scary! I learned many other interesting facts about baby animals from this book. For instance, did you know on the day a baby zebra is born, his mother memorizes his unique stripe pattern and can pick him out of a herd of hundreds of zebras? I also learned the names of unusual animals. Do you know what a sifaka or a capybara is? No? Well, read this book and you will! And you can get further information about the animals from the illustrated guide in the back.
I promise you will love learning all the fascinating facts about the baby animals in this book. You will also enjoy the colorful pictures of the babies and their parents.