In Government We Trust?

Last week, the anchor on a cable news program announced that fully 63% of Americans don’t trust the government. The alarm in her voice suggested this is a bad thing. I don’t see it that way. 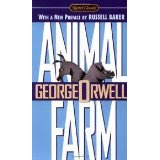 When I started teaching high school in the mid-eighties, I was required to teach Animal Farm.  For me, that seemingly simple, 125-page novel by George Orwell shed more light on the workings of government and politics than anything I’ve ever read. Because I was teaching the book, I couldn’t just give it a quick read. I had to delve into it, study it, understand its underlying messages and nuances. The more I “delved,” the more I came to recognize the genius behind the book’s simplicity. And like any good work of literature, it raises a lot of questions. Questions such as: What happens when people aren’t educated to think for themselves? When they stray from their founding principles? When they become dependent on government to provide for their every need? When they look to government to solve their every problem? When, little by little, they give up freedoms for comfort or safety? And a biggie—a question I’m sure Orwell, an atheist, never intended to raise—what happens when people trust government as the ultimate Authority and Power?
In the mid-nineties, after the collapse of many communist governments, there was a call from some educators to remove Animal Farm from the required reading list in high schools. They considered it no longer relevant. But people who think this book is about the rise of communism have missed the point almost as completely as one of my former students who wrote on a test: The theme of Animal Farm is to show that animals have feelings, too. Notice I said almost. (My reaction to that answer was not one of the finer moments of my teaching career.)
The overriding theme of Animal Farm—power corrupts. When ANY government gains too much power, it wanders far afoul of its purpose, and it becomes abusive of that power. In almost step-by-step fashion, Orwell—using the rise of the Communist regime in the former Soviet Union as an example—shows how that happens.
Through his animal characters, he cleverly, humorously, tragically shows factors which contribute to the corruption of government and the downfall of ideas. The reasons are many, and they overlap and intertwine, but basically corruption of government occurs when people no longer hold their elected leaders accountable. They trust them too much. They question them too little.
Sixty-three percent of Americans don’t trust the government? I’d say that’s a good thing. The day I hear we trust the government one hundred or even ninety percent? That’s when I’ll start worrying.


PS  Are you a political junkie? Here are some shows that give “interesting” insights into the workings of government. I’m not so totally jaded I think all politics work this way, but these shows definitely underscore the need to keep a watchful eye out. And if it's been a while since you've read Animal Farm, you might re-visit it. 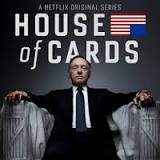 House of Cards – both the BBC and the NetFlix mini-series; Warning: Triple R-rated!
Yes, Minister and Yes, Prime Minister-- BBC sitcom from the 1980s; a hilarious, more lighthearted approach to exposing the shortcomings of government
Posted by Dee Dee at 7:32 PM 4 comments:

A couple of weeks ago I celebrated a personal milestone in my blogging life with a give-away. To those who commented on that post, I loved hearing how you realized your own personal goals. One of the perks of getting older—yes, there are a few—is the awareness of all the amazing people around you. When I was young, I tended to think truly gifted or talented people were only those who had achieved fame or fortune. These days, I realize I’m constantly surrounded by or in touch with people of remarkable abilities. Thanks to all of you who shared and to those who read and follow my blog! I wish I could give a necklace to everyone.

But since I can’t do that, I’m giving one to the lucky winner, Marie Hancock. (I happen to know that, fortunately, Marie is a bird lover.) Congratulations, Marie! I’ll be getting in touch with you.
Here’s something I can give to every reader: a recipe. Previously, I mentioned that Carol hosted the Circle of Friends Book Club and served chicken divine divan. She was out of town at the time of the post, but when she returned, she graciously gave me the recipe. Thank you, Carol, for this winner of a recipe! 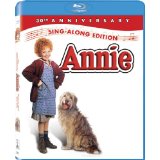 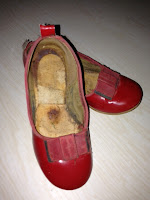