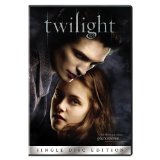 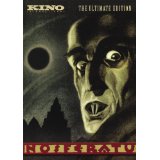 Master Brooks's Bookses: Whose Tail on the Trail at Grand Canyon

My Mamaw and Papaw recently visited the Grand Canyon. I didn’t get to go with them, but they brought me a really neat book, entitled Whose Tail on the Trail at Grand Canyon, written by Midji Stephenson and illustrated by Kenneth Spengler.

Reading Whose Tail... isn’t as exciting as visiting the park in person, but it’s close! Colorful drawings capture the grandeur and diversity of the canyon and its inhabitants. And the pictures of the “critters” are so accurate that I feel that when I do finally get to hike the canyon, I’ll be able to identify many of them. Especially by their tails! That’s a cool aspect of the book. The author and illustrator build “suspense” by showing an animal’s tail on one page. Then you turn to the next page to discover which animal the tail belongs to!

But here’s the really cool part. The story includes rhyme, rhythm, and repetition—three of my favorite literary devices. Not only do these techniques make a story fun to read and hear, but they also make it easy to memorize. So when my Grammy Dee came to visit me, I played a trick on her. I recited the lines from memory, and she thought I was reading! Shhh...please don’t tell her my secret. She already suspected I was a genius. Now she's convinced I am!

Want to hear me "read" my book? Click on the video!

Don’t know about you, but I’m not fond of those Facebook posts that picture a gadget (usually some kitchen knickknack) and say, “Do you remember these?” I guess the posts are meant to evoke warm fuzzies for days gone by, but  I just roll my eyes. More often than not, I not only remember the item but am still using it.

I’m not a hoarder. In my house, trails don’t meander through stacks of used newspapers, and closets don’t bulge with clothes from thirty years and thirty pounds ago. But for some reason I form strong attachments to kitchen utensils. I don’t mean to, but you know how it goes: One day you’re peeling potatoes, and the orange plastic handle on the peeler crumbles in your hand, and you think, “Wow, I got that peeler for a wedding shower gift thirty-nine years ago.” Then you think, “The same time I got the avocado green hand mixer and the harvest gold colander and funnel I’m still using.” You decide maybe it’s time to update, but, heck, by now your old stuff practically qualifies as “collectibles.” If you throw it out or donate it to the thrift store, the next thing you know, you’ll see a reproduction of it selling at Cracker Barrel for big bucks. Or you’ll see an original version of it selling at an antique mall for even bigger bucks. 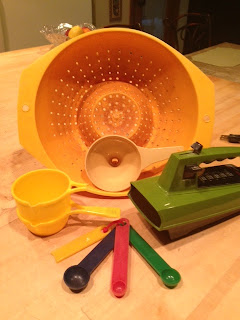 Of course, I may have gone to the extreme in saving a couple of items. If you look closely at the picture, you’ll notice that my set of measuring spoons—ca. 1974, the year I got married—is missing the bowl off the tablespoon. And my yellow plastic measuring cup set is missing the one-third and one-quarter cups. And if you look really close, you’ll see the one cup is missing the handle. But that doesn’t mean it’s not useful. I need it to guesstimate one-third and one-quarter cups. Besides, it has seen me through four kitchens and two remodels. You can’t just toss out loyalty like that.
I’ll admit a few years ago I received a nice set of stainless steel measuring cups and spoons for Christmas. I didn’t throw out my old ones, though. I figured they’d come in handy if I needed to measure something and the new ones were in the dishwasher. I figured right. But today in TJ Maxx I made a tough decision. In a moment of stoic practicality, I purchased brand new sets of cups and spoons. The old ones are now retired from service, but I have yet to throw them out. I’ll have to ease into it, comforting myself with the knowledge that the colander, the funnel, and the mixer are still on active duty.

Have useless gimcrack you can’t part with? Share with a comment on my blog. Or I'll even welcome it with a picture on Facebook!
Posted by Dee Dee at 5:49 AM 8 comments:

Raise Your "Cool-ness" Factor with a Tasty Summer Salad

If there’s anything more welcome in the summer than a refreshing salad, it’s a quick, light meal that will get you out of the kitchen fast. So every Tuesday this summer, my friend and fellow Inkling Brandi Barnett is offering a Virtual Potluck, featuring super salads and magical meal ideas. She asked me to contribute to this cyber-smorgasbord and today posted my recipe for Black Bean and Hominy Salad. (I promise, it tastes better than it sounds!) Visit Brandi’s blog—not just today, but every Tuesday this summer—and get some tasty ideas for “cool” summer meals!

Lesson from My Bike: Fighting the Aging Process Is Not a Good Look for Me

A couple of times on my road to middle age and beyond, I decided to accept the inevitable and age gracefully. It wasn’t a good look for me. My body ballooned; the wrinkles increased exponentially. So I went back to fighting. I’m not saying fighting is working all that well, either, but at least I’m trying. Trying anything that doesn’t hurt too much, doesn’t cost too much, and won’t leave me looking like Joan Rivers. And in that spirit of adventure—or desperation, call it what you will—I took up bicycling. The I’m-doing-this-for-my-health kind of biking, not the buy-a-$10,000-bike-and-dress-head-to-toe-in-spandex kind.

Yesterday morning, I donned my helmet—definitely NOT a good look for me, but I’m willing to make some concessions for safety’s sake—and set off with Bill on a new route. Edmond is currently working hard to become bicycle-friendly, but this particular route is not quite there yet. Part of it involves navigating narrow sidewalks and busy streets in order to reach a beautiful hiking/biking trail south of town. I was VERY cautious along the treacherous stretch and reached the trail intact.

You guessed it. Just when I thought the sailing was smooth, I took a tumble. I wasn’t being careless or dare-devilish. An innocent—and courteous, I might add— detour around two walkers resulted in my front tire becoming wedged between the grass and asphalt. Down I came, and, of course, on the asphalt side, not the grass side.

As a result, I have bruises that resemble ripe plums and strawberry abrasions on my calf and elbow. Those boo-boos joined with the chigger bites I acquired on a “healthy” hike the day before. The bites are the size and color of a cherry tomato. My body has become a metaphorical fruit salad, another not-so-good look for me. In the middle of summer, I’m wearing long pants and long sleeves when I venture out. I would stay home, but I have to go to CVS for antibiotic ointment and anti-itch cream.

﻿﻿            I know what you’re thinking, but before you even suggest it, let me make this categorically clear: I’m NOT getting one of those adult tricycles. That’s not a good look for me, either.