I guess, if you want to get technical, I wasn’t really censored. According to dictionary.com, to censor is to delete a word or passage of text, and Amazon didn’t do that. Instead, they refused to post my entire book review on their website because it didn’t “adhere” to their guidelines. 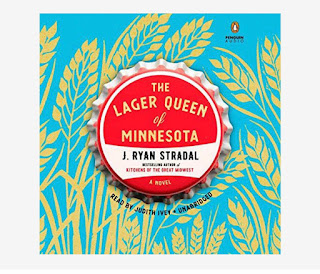 Admittedly, I was miffed. I had put considerable thought and time into my review of J. Ryan Stradal’s newly released book The Lager Queen of Minnesota. But more than miffed, I was confused. I’d raved about the book and given it a 5-star review. Grudgingly, I clicked on the link that would offer an  explanation as to why my review had been rejected, and after plowing through their guidelines, I was  still confused … and mad. As far as I know, I’m not related to Stradal, and this review wasn’t in response to a request or in return for money. In addition, I’d tried to be respectful—didn’t have any content that was “libelous, defamatory, harassing, threatening or inflammatory.” Hadn’t included any “obscenities or profanity, and [hadn’t] expressed hatred or intolerance…” yada, yada, yada. At least I didn’t think I had, but in these days of heightened sensibilities, who knows?

But rather than pursue the futile task of taking on the mega giant of e-tail, I decided to make better use of my time and post it on my own website. While my review might not reach millions of customers, it will still be read by thousan … hundre … several of my discerning and faithful followers. Take that, Amazon!

After reading Kitchens of the Great Midwest, I looked forward to another book from J. Ryan Stradal with both anticipation and apprehension. Many times when an author’s debut novel is an overwhelming success, the follow-up tends to disappoint. But this was not the case with The Lager Queen of Minnesota. I enjoyed this novel even more than his first one. Maybe it’s because of where I am in my own life that I loved his wise, kind, and tenacious protagonist and I appreciated Stradal’s treatment of … let’s say “women of a certain age.” As in his first book, I was captivated by his characters’ midwest idiosyncrasies —which I found both hilarious and endearing. I was also impressed by his vast knowledge of the beer industry. Having never been a beer drinker, I learned so much about the art and skill that goes into brewing a quality product. (I even googled what IPA stands for.) Most of all I loved his message about the importance of community. I’m a total sucker for any story in which the most unlikely of people achieve success through supporting and encouraging one another. As I did with Kitchens…, I’m sure I’ll be revisiting this uplifting story again and again.
Also, kudos to Judith Ivey, the narrator of the audio version. Her talents as a seasoned actress contributed greatly to the delight of listening to the book.

That’s it. I don’t know … maybe I shouldn’t have mentioned people of the midwest have idiosycrasies. Maybe the phrase “ladies of a certain age” is offensive to some, but since I’m one of those ladies I didn’t think it would be a problem. Or maybe Amazon has a bias against people who don’t drink beer.

Whatever the problem, I hope my review isn’t so offensive that it keeps you from reading the book. If you enjoy funny, fast-paced stories about plucky, multi-generational women, this book is for you.

Caveat: It does contain strong language.

Also, J. Ryan Stradal I hope you read this so that you know I tried to give you a riveting review on Amazon. And if you’d like to leave a comment, that would be great. 😁

In the middle of my teaching career, I became a devotee of Jim Fay and his Love and Logic approach to discipline. If you’re not familiar with Fay or his theory, I’ll sum it up in one sentence: Children need to experience the consequences of their actions.

While this practice served me well as a teacher and a parent, as a grandparent I’ve been a bit reluctant to use it. I mean, that’s my privilege, right? After responsibly raising my own child and contributing to the development of thousands of others, haven’t I earned the right to be a bit indulgent, the right to do some spoiling? I’ve seen the memes on FB and the slogans on t-shirts—the ones that say things like If Mama says “no,” ask Grandma. So I know I’m not the only grandparent who feels this way.

But we all have our breaking point. And recently, after being in charge of my precious but energetic grandsons for two days, I’d reached mine.

On a sweltering Tuesday evening, we walked to the farmers market in a nearby park—we being grandsons Brooks and Bennett; their mother and my daughter, Kristin; my husband Bill, called G-Bill by the boys; and me, affectionately known as  Grammy Dee. In addition to the market, there were food trucks selling traditional fare but with unique preparation and/or embellishments. After all, this was Nashville.

One truck sold specialty hot dogs that featured nine-inch wieners. But these weren’t just any ol’ wieners. They were organic, uncured, gluten- and casein-free, all-beef wieners. Most importantly, they were made from cattle that had been grass-fed and humanely raised. And since it would be a crime to smother such healthful food with canned chili and processed cheese, toppings ranging from alfalfa sprouts to dry-roasted sunflower seeds were available. As you would expect, these special “dogs” came with a special $9 price tag. But, hey, the health benefits were surely worth it, not to mention the peace of mind that came from knowing the cattle had enjoyed a good life right up to the point they were slaughtered and made into wieners.

Kristin and the boys stood in the hot dog line, while Bill and I headed over to the truck selling specialty grits. We’d made our way to the front of the line when I noticed a little toy-like box with two moving stick figures. It had been placed on the truck’s window shelf to collect tips. I was contemplating the rationale of tipping at a food truck, when Brooks and Bennet joined us. They proudly displayed their hot dogs that rested precariously on paper plates. Brooks’s hot dog was topped with mustard and what looked like pickle relish and a tossed salad. Bennett—who is a man of simple tastes—held a hot dog drizzled with catsup. That’s it. Catsup. 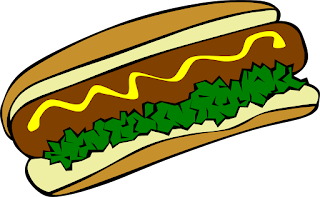 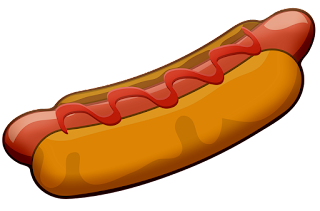 Bill and I oohed and aahed over their choices and bet them they’d never be able to eat hot dogs that big. They grinned and insisted they’d have no problem at all.

And then they spied it—the tip box.

With the certainty of a Vegas bookie, I predicted what would happen next. “DO NOT TOUCH THAT BOX,” I said quickly and firmly. “YOU WILL SPILL YOUR HOT DOGS.”

But who was I kidding? It looked like a toy. It had moving parts. They were young boys. There was no way they could keep their hands off that box. Before I could re-issue my warning in a louder voice, they’d both reached for it, and splat, Bennett’s hot dog—without a single bite missing—hit the dust.

Bennett, Brooks, G-Bill, and Grammy Dee stared in shocked silence at the dog in the dirt. Bennett was close to tears, and a contrite Brooks began to explain it was really his fault because he’d knocked Bennett’s hand. I’m sure all the grown-ups in the line were expecting Bill and me to say, “That’s okay, we’ll buy you another one.” But we didn’t.

For two days, I’d been lenient. The boys had lounged around in their pajamas most of the morning. They’d watched way over their quota of television and eaten way over their limit of sugary treats. I’d spent a small fortune taking them to the movie and buying snacks. I’d purchased them books at the bookstore and a dozen donuts of their choice. Looking at that hot dog lying in the dirt, I felt the time had come for a little love and logic. I felt awful, but Bennett would just have to wait until we got back home to eat.

It was a hard test…for me. We all gathered at a picnic table, and four of us ate our meals while Bennett sat beside us looking like a starving waif in a Dickens’ novel. The fair thing would’ve been to make Brooks share his hot dog, but that wasn’t do-able. It was slathered with mustard, and Bennett was not starving to the point that he would resort to eating mustard.

With the resilience of a six-year-old, Bennett quickly recovered. He excused himself to go over to the playground, and by the time we left the park, he’d forgotten about the hot dog. When we got home, he scarfed down chicken nuggets and a fudgecicle and was perfectly satisfied.

Grammy Dee, however, is still haunted weeks later by that sad little face at the picnic table. I fear she will never completely recover.