Community in the Time of Covid-19 (Part I)

Back in January when I chose community as my focus word for 2020, little did I suspect what significance it would have two months later. As I wrote that post and considered the nature of community, one of the questions that came to me was does it require physical proximity. 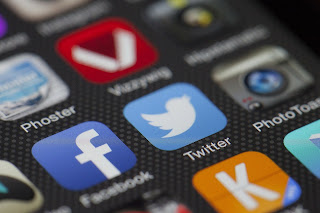 Like many of you, in the last couple of weeks I’ve found myself physically cut off from  communities I hold dear. Church services have gone online and activities cancelled; my gym has temporarily closed; gatherings with writing groups have been cancelled as well as doctor, dentist, and *gasp* beauty appointments. A trip to visit family has been postponed. But one community I haven’t been separated from is that of social media.
I began forming my personal social media community in 2009 when I joined Facebook. I ventured into the unfamiliar world of social media with much trepidation, having no inkling that eleven years later (that long?!) my Facebook connection would prove invaluable.

Over those years, my attitude toward Facebook has been mercurial—sometimes being immensely grateful for the friendships both virtual and real I’ve made there; other times—like during election years—becoming irritated to the point of withdrawing from it entirely. (Which beat the alternative of throwing my phone across the room.) But what I’ve come to realize about Facebook and other forms of social media is that, like many things, it is a tool. It can be used for building or destroying, depending on the intention of the person wielding it. Through careful gathering, culling, and scrolling, I’ve managed to create and maintain an encouraging community over the years.

Although it will never replace my need for physical connection, I’ve enjoyed my social media community and never more than in the past few days. It has kept me informed, inspired, and entertained. (What can be more entertaining than a few thousand toilet paper or home-schooling memes?) It has also helped me maintain  connection with those communities I can’t be in physical contact with, such as my faith and writing communities.


If you’re part of a social media community, I encourage you to use it in a positive and responsible way during this time ... well, all the time for that matter. If you’re not on Facebook or some other platform, now might be a good time to experiment. It might not be a good fit for you, but for many people, it provides much needed connection. And when close encounters aren't available, it provides community.