Does the Christmas Story Confuse You?

What would Christmas be without a bit of confusion? Seven years ago grandson Brooks--two at the time--had this experience. Then a week or so ago, my daughter Kristin received an email from number two son's first-grade teacher explaining that when she had asked who in the class celebrated or knew someone who celebrated Hanakkuh, seven-year-old Bennett raised his hand. The teacher invited Kristin to come and share with the class ways in which she celebrates the Jewish festival.
It was a nice idea, and Kristin would’ve been only too happy to comply, but there was one little problem: She isn’t Jewish. And while she knows a lot about Christmas traditions, to my knowledge she has never participated in a Hanakkuh celebration.
When asked about it, Bennett said, “Mom, I thought you celebrated Hanukkah.” Further questioning revealed he’d confused Hanukkah with Advent—perfectly understandable in a seven-year-old.

I’m still laughing about this, picturing Kristin’s face as she read the email. But this episode also has me contemplating the idea that many Christians—even long-time ones—experience confusion about the faith they’ve chosen to follow. And not just at Christmas time.

And I think that’s okay.

One of the most reassuring statements I ever heard from a Bible scholar was “If you can’t live with questions, you’ll have a hard time being a Christian.” For years, I’d read with great interest books on Christian apologetics, seeking to alleviate my confusion with some of the more difficult concepts of the faith:
—Did all the Old Testament stories really happen?
—How is Jesus fully God and fully man?
—Why do innocents suffer?
—What is heaven like? Where is it located?
I felt I needed to defend my beliefs by presenting the logic or reasoning behind them. And when I couldn’t come up with absolute answers, I was frustrated.

Being granted permission to have questions brought me to a place of peace and to a stronger faith. I now realize God doesn’t need me to “prove” His existence. He offered evidence of it long before I came on the scene. God doesn’t need me to answer questions people have been asking for millennia. And, frankly, I wouldn’t trust anyone who claimed to have all the answers, anyone who didn’t acknowledge a bit of confusion. The Apostle Paul himself admitted to seeing through a glass darkly, knowing only in part.

I still gain Christian inspiration from reading what Bible scholars and theologians offer in the way of explaining difficult concepts. But I read them for my own enlightenment and consideration, not with the intent of clearing up all confusion, whether mine or someone else’s.

The season of Advent is when Christians set aside time to reflect on Christmas—the time when God came to Earth as a baby. A baby who in adulthood willingly became the sacrifice to assure hope, peace, joy, love, and eternal life to all who believed in Him.

Do I have the answers to all the hows and whys of this supernatural occurrence? I don’t. But I do know it happened. And about that, I have no confusion. 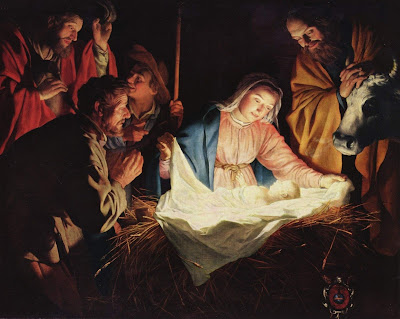 In this season of Advent, may you embrace the Wonder, the Awe, the Confusion, and the Certainty of the Christmas story.